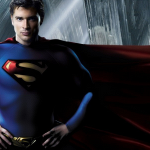 I am the new Bureaucrat Administrator on this wiki site as of February 2020.

If anyone has an questions, comments, or concerns, please feel free to contact me on my talk page. All you have to do is create a new thread/section. I'll try to get back to you ASAP. I'm always happy to help out fellow Sanctuary lovers like myself.

I've been hooked as a fan of Sanctuary ever since I caught the mid-season winter finale of Season 3, Episode 3x10 - "The Hollow Men". That is also around the same time that I began perusing this wiki as well.

I had known about Sanctuary since it first aired on Syfy back in 2008. I frequently saw the previews for it on the channel, specifically catching the ending of Episode 2x02 - "End of Nights, Part II" and the last half of Episode 2x10 - "Sleepers". For getting into the series, I just hadn't actually gotten around to watching it yet until the end of 2010 simply due to not having enough time to dedicate myself to invest into another show.

At the time, I was watching too many other TV shows simultaneously. There was a real boom in interesting TV at the time. From around 2008 through 2010 I had been watching literally 7-10 other shows that were also concurrently airing. My DVR was REALLY busy then! I even had drop some shows due to recording schedule conflicts; having to resort to streaming them months/years later on Netflix.

I can't remember exactly how I came to sit and watch the episode, probably just flipping through channels and something in it looked interesting, catching my eye. After that, I was hooked and binged watched all the rest of the show while I waited for the show to return to air the second half of the season. I'm truly grateful that I gave Sanctuary a chance, as it's become my top favorite of my all-time favorite TV shows. It's always stuck with me ever since then.

This is just some of the stuff that I liked from every episode. I obviously can't put everything, but this is a good reduced selection of material.

ASHLEY: Okay, I know this was not on the brochure!

ASHLEY: All good, Mom. The city is now minus one ugly, poodle-eating chameleon guy.
HELEN: Are you hurt?
ASHLEY: No, not a scratch.
HELEN: I'll redo your bandages when you get home.

ASHLEY: Shoot 'em!
WILL: I can't!
WILL: Well... That never gets old.
ASHLEY: You left the safety on.
WILL: Yeah, I'm going to play to my strengths. You... You shoot people.
ASHLEY: Okay. Follow me.

WILL: So, who would know about this high level of trafficking?
HELEN: What about our high-flying friend Mr. Jones?
ASHLEY: Worth a try.
WILL: You're going to trust an addict as an informant?
ASHLEY: Of course not. He's a crime boss, controls most of the city's drug traffic.

BIGFOOT: How does a flying abnormal fall to his death?
ASHLEY: Somebody literally clipped his wings.

HELEN: Oh, please tell me that that is tea.
WILL: Gods are on vacation. It's coffee.
WILL: - Here.
HELEN: - Pass.
WILL: Come on, it'll help you keep warm.
HELEN: I have standards, Will. Drinking coffee? Well below them.
WILL: Man, you are a Brit to the core, aren't you?
HELEN: And proud of it.
WILL: So, uh, taking stock of things. We don't have a lot of food left, maybe a day or so, and the heater fuel is not going to last much longer either.
HELEN: Alright. We'll ration everything very carefully. This could be home for a long while.
WILL: Yeah, well, you never know. This place, a little redecorating... Probably still feel like a doomed hellhole.
HELEN: Is that your way of saying any port in the storm?
WILL: No, it's my way of coping with the fact that this is the world's worst cup of coffee.
HELEN: Rule Britannia.

HENRY: Your mother was a sewer rat!

Retrieved from "https://sanctuary.fandom.com/wiki/User:X20ArchAngel09x?oldid=21394"
Community content is available under CC-BY-SA unless otherwise noted.