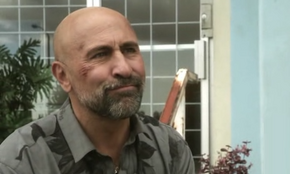 Richard Feliz is a secretive businessman and financial adviser to the Sanctuary Network. He was known for living in his personal airplane and constantly changing his location.

Helen Magnus made contact with him at about the same time the Network cut its links to the United Nations. They decided to meet on Grande Comore, an island off the eastern coast of Africa. However, once there, Magnus and other passengers were taken hostage at the airport by a group of abnormal criminals. Once the crisis was resolved and the kidnappers defeated, one of the hostages, who had introduced himself as a Russian cage fight promoter, revealed himself to be Feliz. He assured Magnus that the Sanctuary's financial future would be safe with the help of his resources.[1]

Feliz later asked Magnus to be relieved of his duties, but not before helping her a last time by temporarily shutting down Wall Street.[2]

Retrieved from "https://sanctuary.fandom.com/wiki/Richard_Feliz?oldid=12709"
Community content is available under CC-BY-SA unless otherwise noted.