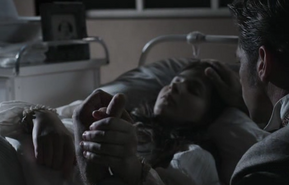 Imogene Worth was the daughter of Adam Worth, and lived in England in the late 19th century.

Imogene was born some time after her father and the Five studied at Oxford. When she fell ill, Adam approached Helen Magnus and James Watson to ask for their help. The pair eventually discovered that the girl was suffering from Leukemia, a form of cancer, and that there was little that could be done. Adam pleaded with Magnus to use her "blood experiments", but she refused due to the fact the source blood was hidden by then and that it could potentially kill a child in such a weakened state.

Nevertheless, James and Helen worked tirelessly to save Imogene, but the disease won out in the end and she died in her father's arms in the middle of the night. The trauma of this triggered a psychotic break in Adam, leading to the development of a split personality born from his rage over his daughter's death and his perception that Helen murdered his daughter.[1]

In 2011, Worth built a machine using Praxian technology in order to travel back to 1898 and save Imogene's life with modern medicine from Hollow Earth.[2] However, Helen Magnus followed him, and he ended up accidentally killing the cured Imogene when firing on Magnus, hitting a wall which buried his daughter. Thus, Imogene's cause of death changed, but her place and "purpose" in history remained the same.[3]

Retrieved from "https://sanctuary.fandom.com/wiki/Imogene_Worth?oldid=14565"
Community content is available under CC-BY-SA unless otherwise noted.