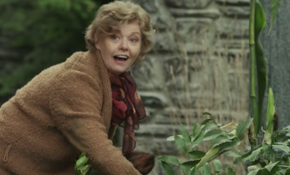 Anna was a woman born in the French town of Carentan during the time when it was covered in a time dilation field.

She was married to Ravi, the last outsider to appear in the trapped town for a long time, and they had a happy marriage. When she learned that dissolving the dilation field would remove her and all others born in it from reality, she urged her husband to proceed nonetheless, because unlike many in her town she understood that the lives of everyone else on the entire planet were in danger.

The dilation field was eventually collapsed by Helen Magnus, causing Anna to never have existed.

Retrieved from "https://sanctuary.fandom.com/wiki/Anna?oldid=13989"
Community content is available under CC-BY-SA unless otherwise noted.