Amanda "Mandy" May is an Canada-born actress who portrayed Sally the Mermaid in several episodes and another Abnormal named Jack in "Fragments." In 2010, she is won Best Actress in an Action Drama for her role as Zena in the Sin City styled series"Dead End City" in which she plays a villain.

She grew up in a small northern town called Wabush in the province of Newfoundland and Labrador. After finishing high school at the age of 16, she decided to attend the University of Ottawa where she studied Business.

However, while working as a legal assistant at a local law firm, she realized that she had to follow her heart and pursue her lifelong dream to become an actress. May then moved to Toronto and quickly got an agent.

She currently lives in Los Angeles. 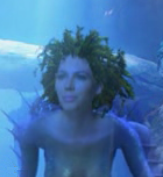 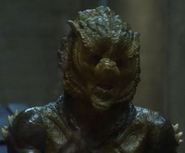 Jack
Add a photo to this gallery

Credited as Amanda May on Sanctuary

Retrieved from "https://sanctuary.fandom.com/wiki/Amanda_May?oldid=21378"
Community content is available under CC-BY-SA unless otherwise noted.